Nothing could be so annoying that in a time of war like situation in Nigeria to see the President of the country, Mohammadu Buhari advertising his achievement in office on nation wide broadcast.

People expected the president to react as a father and a lover of democracy to the massacre of protesters at Lekki toll gate in Lagos by Nigerian soldiers on Tuesday.

But to the prediction of critics, President Buhari used the well expected Nation wide presidential broadcast on Thursday to insult the senses of reasonable Nigerians.

Buhari said there is no president like him who have been so committed and shown more concern about lifting over 100 million Nigerians out of poverty in the next ten years.

Buhari said he’s doing this through his marketmoni, farmersmoni, tradersmoni and other programs he initiated since 2016 with the National Social Investment Office under Ministry of Humanitarian Affairs, Disaster Management And Social Development. 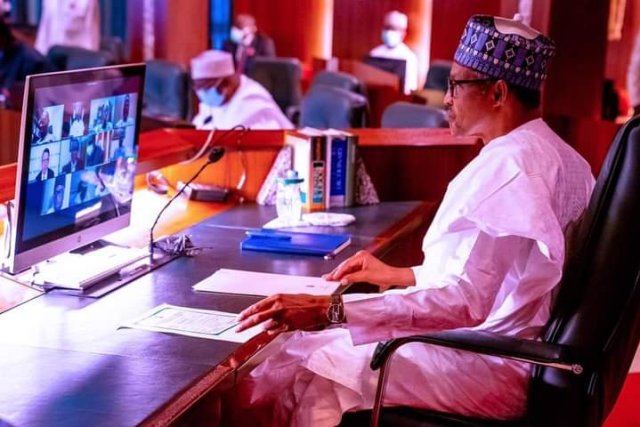 The president was only trying to fool us as a people.
It shows the sinking of Nigeria is a deliberate act by President Buhari.

Before I analyze the 2021 budgeted expenditure of the National Social Investment Office, let us foreseen the hardship we as Nigerians may face in 2021.

A country where so many Nigerians have lost their jobs since Buhari became the president of the country will run a revenue projection of more than seven trillion naira against four trillion naira realized in the preceding year.

This means the President is going to be more hard on taxation.

Many companies have closed before. Many more will still close in 2021 if the companies’ operational and service delivery cost is not favourable with the intending harsh taxation regime.

Understandably, the government intend to increase its revenue generation by 90%.

The government is 99 percent hoping on taxation.

Buhari while presenting the 2021 budget directed all the government revenue collection agencies to look in ward for more revenue.

Owners of private establishment will only shut down until when government economy policy is favourable.

Many Nigerian employees will be sent back to the unemployment market.

Army of unemployed Nigerian Youths will increase in size.

This will resort to more security problems in the country. Cost of living will increase. 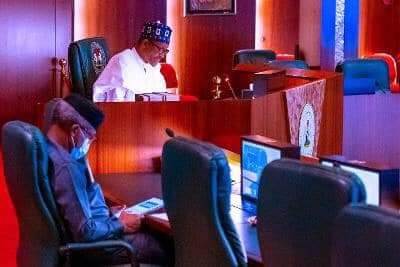 What will government use this money to do will make you cry when you take time to study the break down of the 2021 budget.

To start with, Buhari boasted that he wants to lift 100 million Nigerians out of poverty in ten years time.

The man that boasted; budgeted 400 billion naira under the National Social Investment Office.

The National Social Investment Office is a mere political gathering where corruption flows like river Niger.

The office need to be totally scrapped. The N400 billion can create and pay the annual salary of more than 400 thousands new jobs for Nigerian graduates.

The money can create and pay the annual salary and wages for more than 700 thousands new jobs for unskilled, semiskilled and skilled Nigerians.

Out of the 400 billion, the staff or people in the National Social Investment Office will use N170.100 billion for themselves as allowance.

The staff are mostly political associates.

Many of them are big wings in politics who are already millionaires.

They will collect this money as allowance in a way they may not even pay one naira as tax. Come and chop staff.

They will use seven billion as welfare package.

The staff again will use more than N19 billion as transport to share N26 billion for the well talked about and well advertised Tradermoni, Markertmoni, Farmersmoni and other programs by president Buhari during the nation wide broadcast.

The market women Buhari is deceiving with Twenty-twenty thousand naira will appreciate and prefer if the money is used to create new jobs for their children.

More than N139 billion is budgeted as food subsidy to government school.

This is a total waste of resources. This is not the problem of Nigeria now.

The problem of Nigeria is unemployment.

The solution to the problem of Nigeria now is paying adequate attention to unemployment.

The insecurity in Nigeria is unemployment. The security solution to the security challenge in the country now is all about paying attention to the army of unemployed Nigerian youths.

This comes to mind. The more than N500 billion controllable expenses budgeted as special allowance for the Nigerian Armed Forces can be reduced by 85 percent.

The army of unemployed youths are the special duties that require special attention.

Unemployment is the insecurity in Nigeria today.

Unemployment is the answer to the spread of Boko Haram, banditry and other criminal activities across the country.

The lives of Nigerian soldiers are in danger in the hands of the army of unemployed Nigerian Youths.

They worked for enemies against their land that don’t care about them.

This may be the reason why Boko Haram is waxing stronger everyday.

The strongest army in the world are countries where most of the youths are gainfully employed.

Not the size of money budgeted for its armed forces.

More than 400 thousand new jobs can also be created for Nigerian graduates if the over N500 billion budgeted as special allowance is reduced by 85 percent.

All other special allowance as seen in the budget should be reduced by 85 percent.

The N100 billion budgeted as salary under service wide vote for former heads of state, former vice presidents among others should be looked into.

The N128 billion budgeted as salary for National Assembly should be reduced to N10 billion.

Ten billion naira is more than enough to pay them appropriate salary, salary and wages of other workers and overhead cost in the National Assembly.

The lawmakers should be willing to accept that.

N118 billion can create and pay the annual salary of more than 123 thousand new jobs for Nigerian graduates.

Withdrawing 2021 budget, rewriting and redirecting it to focus on Youth unemployment will put to rest the ENDSARS protest revolution embarked upon by Nigerians all over the world.